Here is another parody piece inspired by this summer's reboot of the Spider-Man series.  I made the sketch on Bristol paper with a 3B pencil.  I scanned the image and started working on the shading.  I wanted to match the lighting used in the posters for the movie.  I was also inspired by that very last moment before the credits start to roll where you see Spider-Man coming right at you shooting his web.  I added color with a layer set to overlay but it was looking very dark overall.  So I decided to play with the levels and flatten the image and paint opaquely.  I used layers set to overlay later on to bring out certain features that were too dark.  I also used them to add color variation and make certain parts more saturated.  I used a photo of a city for the background and gave it a similar color to the ones used in the posters.  I also added some layers with dust and scratches to give the background more personality.  I then added a shattered glass texture to match the posters.  I set those to lighten to make the cracks and glass pieces pop.  I then added another layer set to noise to bring the elements together.  I hope you like it. 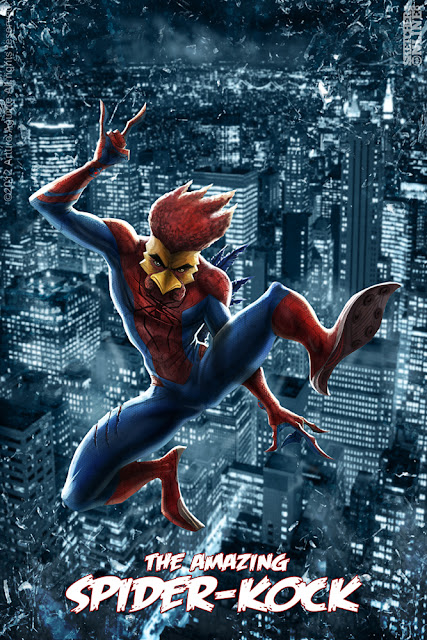 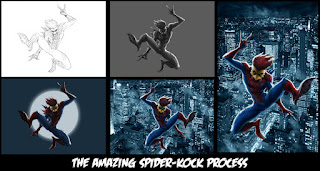