This is a piece I've wanted to do for a few days.  I had the idea whilst I was working on the KOCKS ASSEMBLE piece.  I thought it was a funny idea.  I am attaching a set of images of the work in progress to give you an idea of how I figured the piece out.  I started with a line art sketch I did on Bristol paper with a 3B pencil.  I scanned it in and colored it in Photoshop.  This one came out much faster than ASSEMBLE because it was just one character in a monochromatic outfit.  I had included some red and blue highlights on either side of the character to separate him from the background and give interest but I opted for the white lights on the side.  The final was created with grunge textures, cloud brush, flattened chalky brush set at an angle to make the rain.  I also added NOISE to the final image to give it more grit.  Hope you like it. 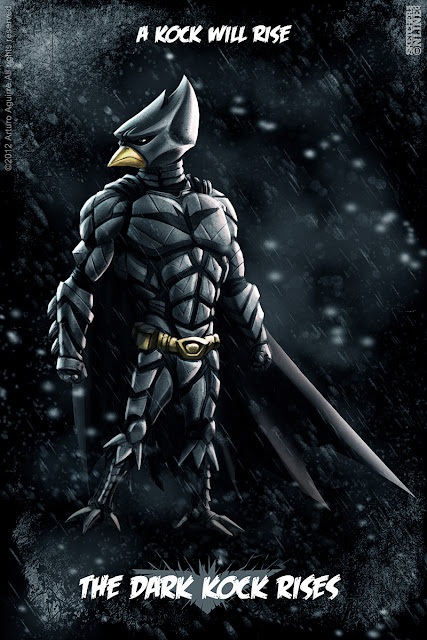 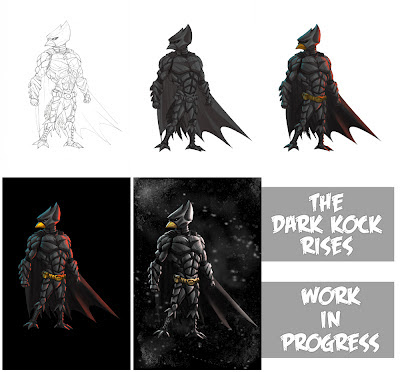 Posted by Arturo Aguirre at 1:10 PM