I worked on this character yesterday and today.  I hadn't created a character for Fight Dogs in a while so I decided to dive into that world again for a bit.  I had the character of Barry the Baptist from Lock, Stock and Two Smoking Barrels.  The guy looks like a Bulldog right off the bat so it was a no brainer. I worked on this in Photoshop from scratch.  I had fun working on this character.  He looks like a mean ol' bugger from London's East End.  Hope you like it. 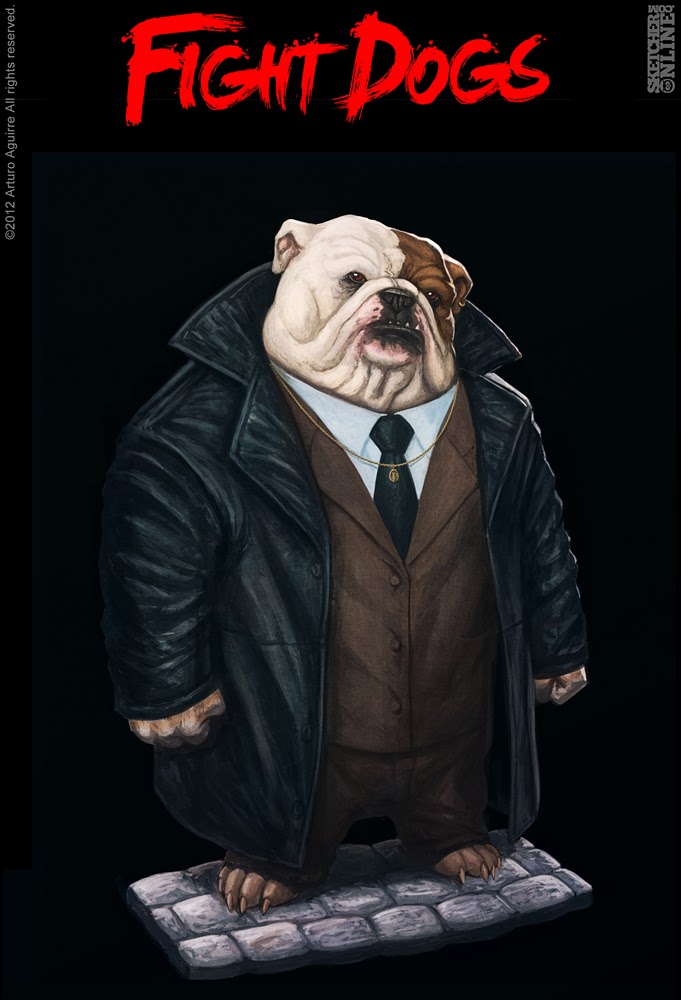 Posted by Arturo Aguirre at 4:10 PM