Every now and then I like to go on the sketchtheatre forums to check out the theme of the monthly contest to either get some practice or just do some fun art for me.  This month's theme was to create either fan art or your own character for the upcoming game from Blizzard called Overwatch.  It's this sci-fi first person shooter game that looks really awesome and fun to play.  So this got my creative juices flowing and a started working on some thumbnails of the type of character I wanted to create.  I have created several jaguar warriors in my day so I decided that this character would fit in this world for some reason.  I got a thumbnail I liked and I drew it on a larger piece of Bristol paper.  I had a hard time finishing up the large scale sketch but when I finally did, I added some ink to the piece.  I've been working more and more with traditional media in the last month or so.  I had some time this afternoon so I decided to color the character.  I would have loved to color it with markers but I haven't gotten them yet.  Hopefully, I'll get them for my birthday.  The coloring took some time as there was some exploration involved but I feel I finally arrived to something I am very happy with.  Hope you like it.  I'd love to see this character kicking butt in the game. 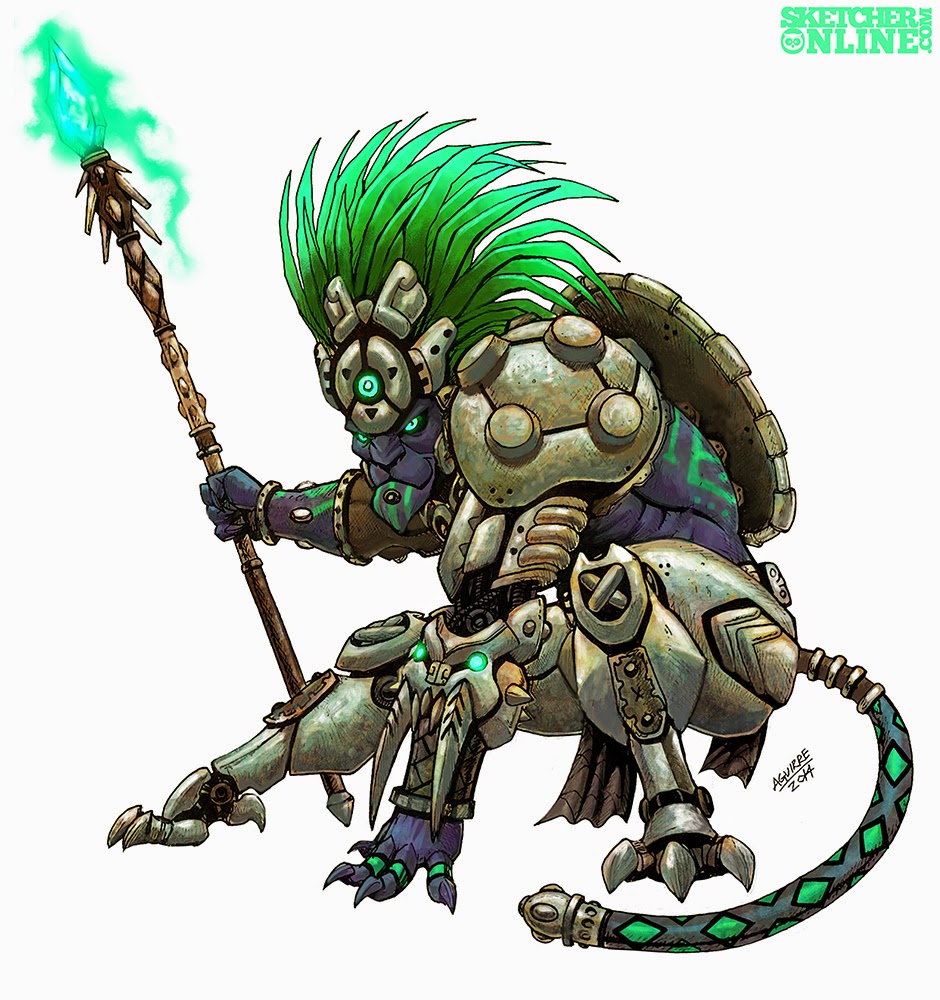 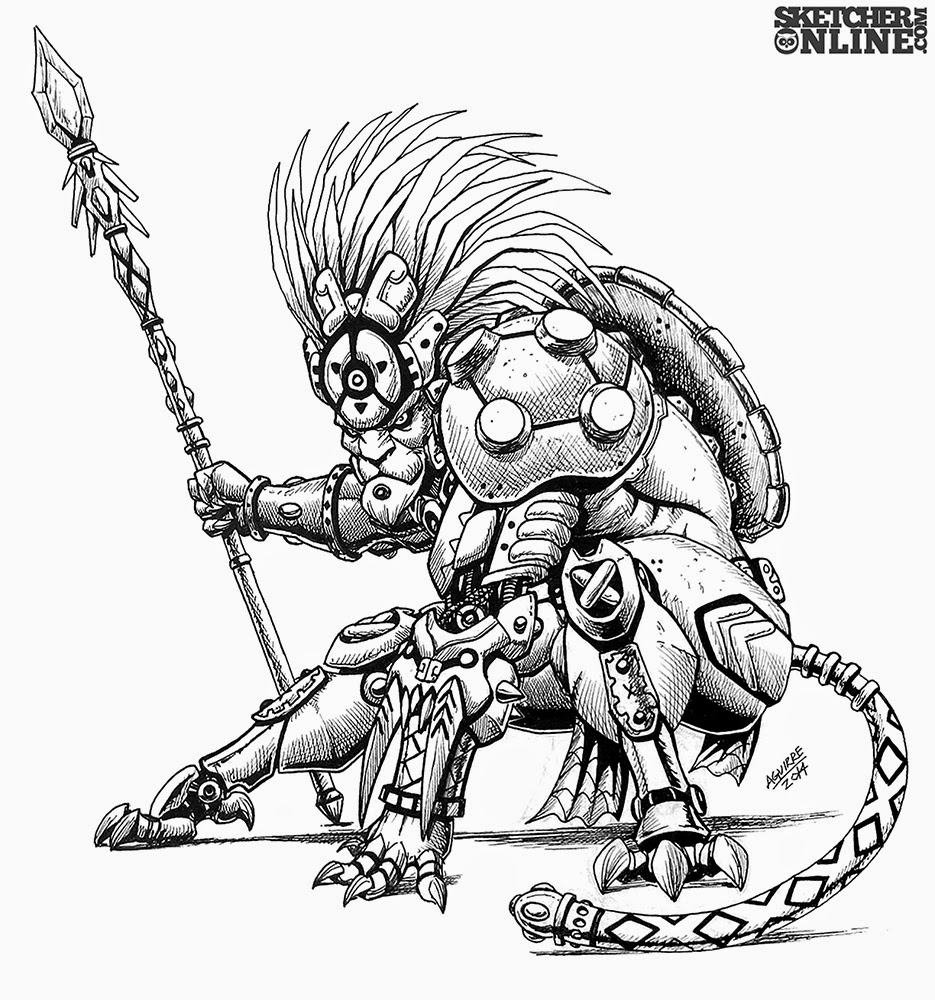 Posted by Arturo Aguirre at 4:34 PM